How to Become a Professional Sports Gambler?

Like the chefs who cooked in easy bake ovens, fashion designers who made clothes for their dolls and architects who built houses out of Legos, I also started preparing my future career as a professional sports gambler as a little boy.

As a longtime professional sports gambler, I placed my first bet when I was 10 years old. Given that most of my family members and relatives were gamblers, they would occasionally let us, together with my cousins, place bets on some of the major matches in the EPL.

In fact, my dad would sometimes give me a few pounds to go bet with my cousins, who at that time were slightly older than I was by a few years.

How to Become a Professional Sports Gambler?

In most instances, I hardly won any amount of money as I would always end up backing the wrong horse, in fact, my cousins sometimes would have to wait and see which team I would back and they would place their bets on the opponents.

While this worked most of the times, things took a different turn when I started becoming more gambling savvy as I became older. 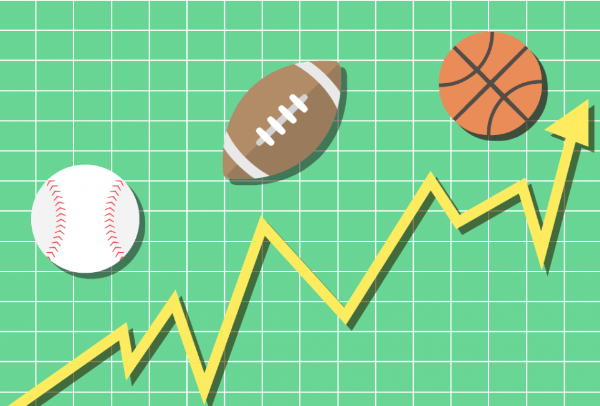 I started looking at the mistakes I used to make as a young and naïve sports gambler and built on the mistakes to become one of the most sought after tipster in our area.

If you doubt the legitimacy of my story, you would want to ask about “The Bookie,” as they usually refer to me, from Newnham.

By the early 2000’s when bookmaker services were going online, I was ready to join them and make amounts that you won’t believe if I were to write here. This was mainly because I made amends in some of the following areas.

This was my greatest enemy when making my bet at our local bookmaker. Given that my father would give me a $5 note, which was a huge sum of money back then, I never knew how to manage it when placing bets, Instead, wisely, I would place all the money on one single team and lose all the money when the team lost.

I didn’t know that placing a $1 and $5 bet on different matches would make a huge difference. Moreover, I would sometimes get lucky and win a bet or two and end up losing all the money on my third bet due to trying to double up my bets.

Thanks to these mistakes, I learned that the best way to spend money when gambling is knowing how much money is worth staking and having a flexible bankroll.

For example, if you have a $100 bankroll, it's usually advisable that you split it into smaller bankrolls of $10 bets which will last you for a while and help you recover whenever you place a wrong bet which may cost you.

Choosing Events to Place Bets On

It’s no doubt that the UK’s leading sports are football and horse racing, just as it’s no secret that these two sports are probably the easiest way to make money when betting.

As a young gambler, I always placed bets depending on what my elder cousins decided, even if I didn’t know what exactly was entailed in the sport or event.

I used to place bets on horse races, and I hardly knew anything about horse racing. I also remember there was a time that I placed a bet on a golf event, but lucky enough, I won a cool $100.

However, after taking a close look on which events I had made “so much money” from, I decided to settle down on football, which I also had a clue on the rules guiding the sport.

Knowing what events to choose and lack of knowledge are closely related even though they are also different in a way. It’s one thing to know the events that you will bet and have a clue on how to place your bets.

Take in my case, the golf bet that I won. The reason I made a choice is because I knew the player, after hearing my relatives mention him a couple of times as an upcoming player.

I decided to place a straight win on him, which was not as rewarding as other bets, which he also won comfortably. However, coming to football, I am aware of the rules involved as well as the different markets.

This gives me a slight advantage of knowing what to place a bet on when I want to bet and consequently puts me in a better position of winning my bets.

Betting on Too Many Games

As early as the late 90s, betting was already taking another shape with most of the bookmakers allowing one to place multi bets on a few teams.

I made many mistakes by always choosing so many teams on my slip and consequently ended up losing most of my bets.

Fast forward to today, I know that it’s important always to look for the least number of teams and stake a considerably huge stake to have maximum returns and reduce my odds of losing.

Knowing Which Markets to Choose From

As a professional sports gambler, what sport and markets can I recommend? With the advancement of technology and increase in competition amongst the bookmakers, there are so many markets that you can choose from which also have very good odds.

Personally, I choose to bet on football as there are up to 100+ markets to pick from in most of the matches. My favorite market is the goals market, which features the number of goals that will be scored in any match.